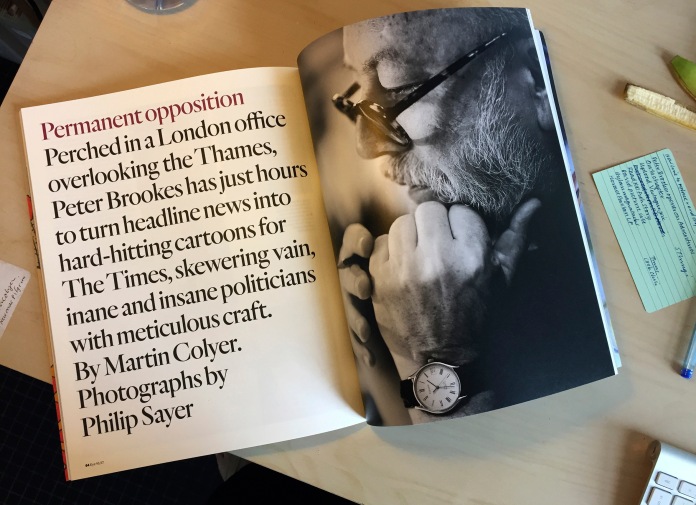 I was thrilled to see a profile that I wrote for John L Walters and Simon Esterson at eye magazine in print this week. Last year I visited Peter in his office at The Times and spent a fascinating couple of hours talking to him about his career in illustration and cartooning, below a wall covered in stunning examples of his art and craft. I was lucky enough to have met Peter as I started out in magazine design, at my first proper job, in the art department of Radio Times. By then, he had worked with its brilliant Art Director, David Driver, for a decade, and his approach to problems and his enjoyment of finding creative solutions rubbed off on the whole team. “Happy days!”, said Peter as we talked about that part of his career, and they were. As I left, I noticed a stack of previous cartoons, topped off with his brilliant Michael Gove/Boris Johnson “Et tu, Brute” from a few weeks before, memorably summing up Gove’s disastrous entry into the Tory leadership battle. 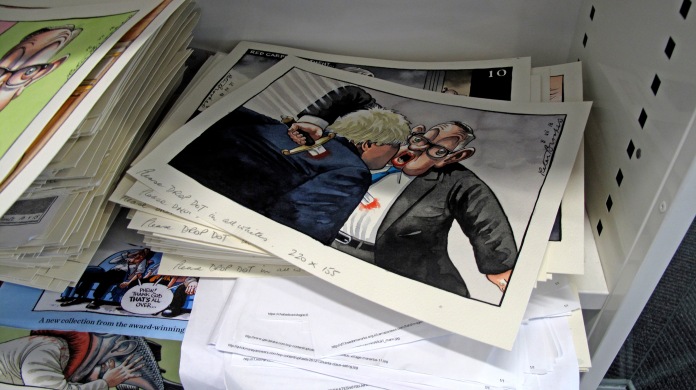 One thought on “Ten: Peter Brookes”