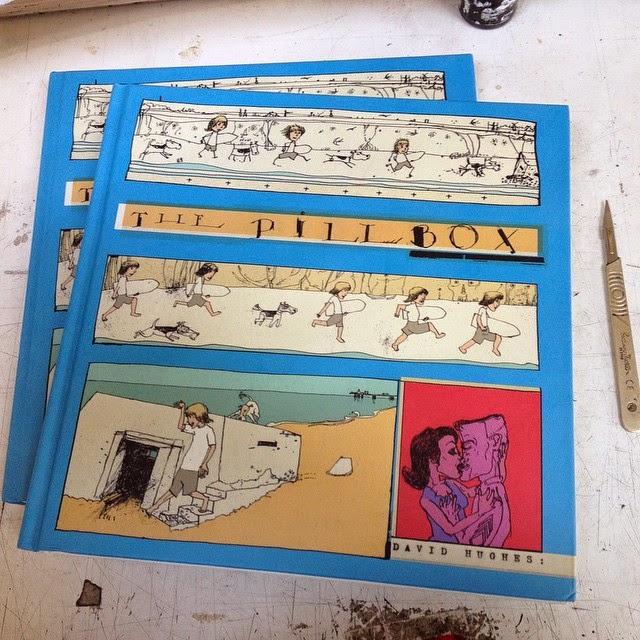 The biography on David Hughes’ website has this to say: “My father was a plumber, a painter and a decorator for fifty five years. Turner was a painter. My mother used to ask… ‘Why can’t you draw something nice? Why don’t you get a proper job?’ During the 2nd World War she stitched goggles in Turner’s house…”

Not drawing something nice is at the heart of Hughes’ new book, The Pillbox, as is the Second World War. It presents a chilly version of an English seaside holiday, wrapped around a depraved murder mystery from 1945, involving American troops stationed nearby.

It begins with a typical scene: a boy and his dog on a beach on England’s East Coast, before veering away into more uncharted waters. A wooly mammoth appears to the boy, before it suddenly turns tail, saying “I forgot… this is not a children’s picture book.” And with that, we know we are on a journey that will a) get somewhat darker, and b) probably not end well.

Jack’s excited retelling of his extraordinary vision meets only parental indifference. The next year, at the same spot, he finds a Second World War pillbox, a concrete gun emplacement for shooting at enemy invaders. But the invaders in this story are two of the American soldiers, one good, one bad. Jack’s meeting with Bill – a boy who seems to come from another time – sets in train a story of terrible fascination that reaches back to Bill’s childhood in the 1940’s.

In pages filled with raw, uneven drawings, Hughes works within the framework of a graphic novel while ignoring its niceties – there’s no smoothing-out or polishing here. Hughes makes in-jokes about his technical limitations, but it just adds to the feeling that it’s a deliberate decision not to overwork the drawings and lose spontaneity. The characters’ features are inconsistent, but the one-take feeling gives it enormous energy. In fact, there’s something musical in the way that Hughes works, using rhythmic building blocks of repeated panels, interspersed with spreads of wild improvisation, where one image leaps out to accentuate the meaning of a scene. 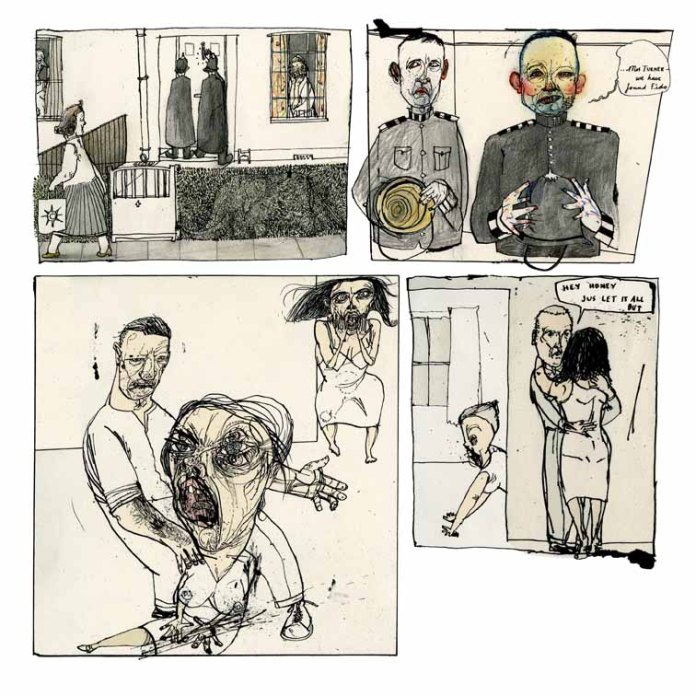 Hughes’ ability to freeze moments in time gives the images an uncomfortable power, reminiscent of Ralph Steadman or Roland Topor, but The Pillbox ends up being a thing unto itself, a unique and disturbing tale, brilliantly realized. Just listen to his (mammoth) warning that it’s not a children’s book.

Reprinted by kind permission of Varoom!